America’s safety, both from threats here at home and abroad, is on the minds of many citizens and leaders. Some surround physical dangers, but others threaten the spiritual and moral fiber of the nation.

Therefore, the American Pastors Network and the North Carolina Pastors Network (NCPN, www.ncpastors.net) are planning the next “U-Turn” event for pastors, ministry leaders and engaged believers on April 14, 2016 at Southern Evangelical Seminary (SES) in Matthews, N.C.

Biblical, not political, the daylong event, titled “U-Turn: A Roadmap for Renewal—A Conversation with Pastors on Society, Culture and Leadership,” will equip, empower, and educate attendees about the critical role of pastors, as well as equip pastors, ministry leaders and engaged believers with the essentials to impact culture particularly during an important election year when the church and Christian voters have the potential to make a real difference.

“We live in a world now where marriage is no longer sacred, where a person’s God-given gender is questioned, where Americans are losing their homes, businesses and hundreds of thousands of dollars for standing up for their religious liberties,” said APN President Sam Rohrer of the U-Turn event. “This is not a time for churches and pastors to be silent. It’s a time to stand, and to take a drastic turn from where we currently find ourselves—and head for much higher ground.”

Added Dave Kistler, president of NCPN, “Our world—and the church—desperately needs leaders who will stand bravely to be a catalyst for change in society, to return our culture to the biblical and constitutional principles on which it was founded, and to make a ‘U-Turn’ from our present state to a place that glorifies God.”

Headlining the April 14 event from 9 a.m. to 4:30 p.m. at SES will be social science researcher George Barna and WallBuilders leader David Barton, who were also featured speakers at the inaugural “U-Turn” conference in Pennsylvania in 2015. 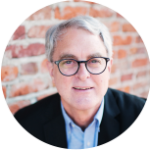 Barna has filled executive roles in politics, marketing, advertising, media development, research and ministry. He founded the Barna Research Group in 1984 (now The Barna Group) and helped it become a leading marketing research firm focused on the intersection of faith and culture before selling it in 2009. Barna currently serves as the Executive Director of the American Culture and Faith Institute (a division of United in Purpose), and is President of Metaformation, a faith development organization. He has written more than 50 books and his work is frequently cited as an authoritative source by the media. Barna has also serves as a speaker at ministry conferences around the world, on the faculty at several universities and seminaries, and as a pastor who helped start several churches. 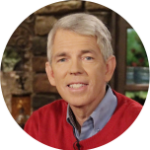 Barton heads WallBuilders, a national pro-family organization that presents America’s forgotten history and heroes, with an emphasis on America’s moral, religious and constitutional heritage. He is the author of numerous best-selling books, with the subjects drawn largely from his massive library-museum of tens of thousands of original writings, documents and artifacts from early America. He also addresses well over 400 groups each year. His exhaustive research has rendered him an expert in historical and constitutional issues.

Additional “U-Turn” speakers in North Carolina will include:

Said a pastor who attended the Pennsylvania “U-Turn” event, “I was really blessed by the U-Turn Conference. … This was truly life-changing and transformational. I don’t remember the last time I have been so inspired to want to make a difference in the kingdom of God after attending a conference with such great impact. I was thoroughly energized to know what, how and why we should take back our country for Jesus Christ.”

The “U-Turn” early bird rate of $29 for adults ends March 24. The student rate (with an ID shown at the door) is $21, and the group rate (with five or more individuals) is $25. To register online, click HERE , or for more details, visit the event site HERE. For more information on SES (Southern Evangelical Seminary, 3000 Tilley Morris Rd., Matthews, NC 28105), click HERE.