Even as I write these words, different cities in America are considering dangerous and irrational laws that impose unfair and potentially dangerous burdens on the vast majority of citizens, all in name of helping a tiny number of deeply confused individuals. When will we learn?

To put it simply, you are guaranteeing trouble when you effectively make public bathrooms and locker 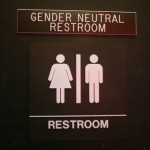 rooms gender neutral. It is an experiment in social madness, and it is completely without justification, no matter how much we care about men and women who struggle with gender identity issues.

Many of us in the pro-family movement have warned for years that so-called anti-discrimination laws that include “gender identity” and “gender expression” as categories open the door to a host of potential problems and abuses.

Second, there is no way to keep heterosexual predators out of the ladies’ rooms, since a heterosexual male could simply pose as a woman to satisfy his voyeuristic (or worse) desires.

Yesterday, in Seattle, “A man undressed in a women’s locker room, citing a new state rule that allows people to choose a bathroom based on gender identity.”

As reported by krem.com, “It was a busy time at Evans Pool around 5:30 p.m. Monday, Feb. 8. The pool was open for lap swim. According to Seattle Parks and Recreation, a man wearing board shorts entered the women’s locker room and took off his shirt. Women alerted staff, who told the man to leave, but he said ‘the law has changed and I have a right to be here.'”

Was he transgender? Heterosexual? Something else? Does it matter? If he feels he should be able to use the women’s locker room, he can, and no one can stop him.

When I posted this report on my Facebook page, a woman named Kati commented, “This is VERY real. This new policy that was recently adopted by our local YMCA in WA allows for people to use whatever locker room they self-identify with. Just two weeks ago a boy around the age of 13 walked right into the girls side of the women’s locker room. All he did was sit down and scroll through his phone. Little girls where surprised when they came in from showering with their towels wrapped around them to see him sitting there. My daughter was one of those girls. This policy opens the door to those who have malicious intent.”

What kind of lunacy is this?

Last year, at a Planet Fitness gym in Midland, Michigan, Yvette Cormier was in the ladies’ locker room when a man, dressed as a woman, entered the locker room. According to local ABC News, “Cormier, who had been a Planet Fitness member for two months, said she went to the front desk immediately. The man at the desk told her that Planet Fitness policy is ‘whatever gender you feel you are, that’s the locker room you’re allowed to go in,'” she said.

When Cormier warned other members about the Planet Fitness policy, her own membership was revoked.

Even more alarming, in 2012, in Olympia, Washington, female high school students sharing a college campus swimming pool were shocked to see a naked, 45-year-old male student who identifies as “Colleen” sitting in their sauna. (The police report stated that “she” was exposing “her male genitalia.”)

The girls were traumatized and the parents outraged, but college officials said they could not do anything because of state policies against gender-identity discrimination: “‘The college has to follow state law,’ Evergreen spokesman Jason Wettstein told ABC News affiliate KOMO. ‘The college cannot discriminate based on the basis of gender identity. Gender identity is one of the protected things in discrimination law in this state.'”

Adding to the insanity is the fact that it was subsequently discovered online that Colleen also identifies as a lesbian and is strongly attracted to women, in other words, just like most heterosexual males. Yet it is perfectly legal for Colleen to sit in a sauna with naked teenage girls.

Last October, The HuffPost reported, “The University of Toronto (U of T) is temporarily changing its policy on gender-neutral bathrooms after two reports of voyeurism in a student residence.

“Two women showering in Whitney Hall, a residence at U of T’s University College, reported they saw a cellphone reach over the shower-stall dividers in an attempt to record them, in two different incidents, police Const. Victor Kwong told The Toronto Star.”

But of course. Is anyone surprised?

Recently, before speaking at a chapel service for a Christian middle school and high school, I stopped in the restroom, which, I discovered, was in the elementary school wing of the building.

As I walked out, three little boys walked in, perhaps 6 years old.

Yet in schools across the nation, this is hardly a theoretical question. In fact, in an extraordinary example of government overreach, last November a headline announced: “Department of Education orders school to allow boys to use girls’ locker rooms, showers.”

I urge every man or woman of conscience and decency to stand against these laws while, at the same time, working to help those who are gender-confused get to the root of their struggles.

This social madness must stop.

If you live in or near Charlotte, North Carolina, please take a minute to go to DontDoItCharlotte.com and sign the petition immediately. The City Council, backed by aggressive and well-funded gay activist organizations, is poised to vote this into law on Feb. 22.

Michael Brown is the host of the nationally syndicated talk radio show The Line of Fire and is the president of FIRE School of Ministry. His newest book is Outlasting the Gay Revolution: Where Homosexual Activism Is Really Going and How to Turn the Tide. Connect with him on Facebook at AskDrBrown or on Twitter @drmichaellbrown.