We hear these names all the time used synonymously with terrorism.  Commentators and political pundits try to draw them into distinct boxes by geography or by their ethnicity.

But in actuality, there is a deep connection among all these groups and their barbaric practices – an ideology that is at the very heart of the danger facing Western civilization.

We’ve all known about the horrors of ISIS – an English acronym for the Islamic State of Iraq and Syria.  In recent months the group has grown beyond the last two letters of its title.  The Islamic State is now active in Libya and is expanding its influence rapidly.

In India, Lashkar Taibi is actively working to bring about the fall of the Indian Republic, destroy Hinduism and Judaism, and see the disputed areas of Kashmir and Jammu made part of Pakistan, which would then itself become part of a larger pan-Islamic state.

In the Horn of Africa, Al-Shabab continues to fight to gain a foothold for sharia in the power vacuum that has existed since the early 1990s.  And in Nigeria, Bobk Haram kidnaps schoolgirls, murders Christians and Jews, and grinds those under its rule into ever-deeper misery and oppression.

The ideology that bonds all these groups together is a strict adherence to sharia law – the all-encompassing legal code of Islam, as practiced during the early days of the original empire that grew from Mohammad’s conquest of the Arabian Peninsula.

Most, if not all, of these groups talk about the desire to establish sharia rule in their lands.  Much of the horror we see on the evening news from the Islamic State comes from their dedication to apply their 7th century views on everything from slavery to women’s rights to every aspect of life.

People unfortunate enough to be under sharia rule find themselves in a place with little to no freedoms at all.  Virtually every aspect of their life is dictated by the omnipresent religious rules.  Women are held as little more than property.  They can be beaten and in many cases killed with impunity.

In the lands of sharia, those who dare to profess a faith other than Islam are, under the best of circumstances, treated as second-class citizens, and more often that not rounded up for persecution or murder. 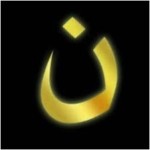 finding Christians and marking their houses with an Arabic character – an abbreviation for “nasrani,” a pejorative term rooted in the word Nazarene.  The choice given to these non-Muslims was simple: convert, pay a fine, or face “death by the sword.”

And as in so many countries ruled by the jihadis, the only thing more prevalent than efforts to kill and displace Jews is the perpetual stream of threats against Israel.

What our national security leaders have at best failed to teach the public – or at worst failed to realize themselves – is that these groups are not composed of lunatics, or any group of “lone wolves” that have congregated together in common madness.

These horrors are not the actions of a few malcontents in need of jobs or social programs.  Graeme Wood put it very well in his story in this month’s Atlantic:

“The reality is that the Islamic State is Islamic.  Very Islamic.  Yes, it has attracted psychopaths and adventure seekers, drawn largely from the disaffected populations of the Middle East and Europe.  But the religion preached by its most ardent followers derives from coherent and even learned interpretations of Islam.”

Rather than the irrational acts of madmen, the beheadings, kidnappings, and terrorist attacks around the world are the end result of a long-developed reading of Islam and what it requires of its followers.

Under their ideology, the only permissible form of government is that of a theocracy, specifically, a revived caliphate, ruled by one man who will follow the will of Allah to rule the entire world.

It is this ideology – that sharia is the only acceptable law, and those who will not accept its rule must be destroyed – that we fight against.  Jihadis know no color, they know no national borders, and they cannot be placed into neat boxes.

They only know that those who refuse to accept the rule of their caliph must die.

This is what we’re fighting against.  A handful of people can change the world, for good or ill.  It’s up to each of us to sound the alarm and be agents of change, to defend the country that we love against this great threat.

This article was written by Brigitte Gabriel,  the Founder and President of ACT for America. Ms. Gabriel is one of the leading national security experts in the world – providing information and analysis on the rise of Islamic terrorism.