Every year during the month of January, churches along with many other pro-lifers across America reaffirm their commitment to the sanctity of human life. As Father Ted Bobosh has so eloquently stated, “We hold this truth to be self-evident, that all humans are created equal even from their mother’s wombs.  All are deserving of a chance for life, liberty and the pursuit of happiness.  We consider this a fundamental American vision for humanity.”[1]

This year marked the 42nd anniversary of the infamous Roe v. Wade decision by the U.S. Supreme Court – the ruling that made abortion legal in 1973. Since that time, more than 55 million unborn lives have been destroyed by the practice – a wanton bloody practice based upon many lies.

During the 25th Anniversary of the court’s decision, Norma McCorvey, the “Jane Roe” of Roe v. Wade testified before a Senate Judiciary Subcommittee in Washington, D.C. Her remarks were nothing less than riveting. McCorvey indicted her counsel for the renowned abortion case, Sarah Weddington and Linda Coffey, the abortion industry, and, most importantly, herself.

Seventeen years after her testimony before that committee, perhaps it would be wise to consider McCorvey’s words again:

“Good afternoon. My name is Norma McCorvey. I am sorry to admit that I am the Jane Roe of Roe v. Wade. The affidavit submitted to the Supreme Court didn’t happen the way I said it did. Pure and simple, I lied.

“Sarah Weddington and Linda Coffey needed an extreme case to make their client look pitiful. Raped seemed to be the ticket; what made the rape even worse, a gang rape. It all started out as a little lie, but my little lie grew and became more horrible with each telling. Not only did I lie, but I was lied to. I did not come to the Supreme Court on behalf of a class of women. I wasn’t pursuing any legal remedy for my unwanted pregnancy. I did not go to Federal court for relief.

“I met with Sarah Weddington to find out how I could obtain an abortion. She and Linda Coffey said they didn’t know where to get one. Sarah already had an abortion, but she lied to me just as I lied to her. She knew where to get one, obviously, but I was no use to her unless I was pregnant. Sarah and Linda were looking for someone, anybody, to use to further their own agenda and I was their most willing dupe.

“Since all these lies succeeded in dismantling every State’s protection of the unborn, I think it is fair to say that the entire abortion industry is based on a lie. Here is the truth of what I saw in the abortion industry. I saw procedure rooms where sanitation and hygiene were after-thoughts. I worked with a doctor who operated on women while he was barefoot. I worked in clinics where drug use was rampant among clinic workers. I have had a doctor ask me to lie about the age of a fetus so he could charge more money for an abortion. One foreign-born doctor’s entire line of so-called counseling went something like this. ‘You want abortion. I give abortion.’

“But the most terrible of all, I saw women who were emotionally and physically scarred by their visit to an abortion clinic. They often came asking if it was a baby and more often than not, they were lied to and told, ‘No, it is a product of conception,’ we would say, or “It is just a few missed periods, that is all.’

“One of my most harrowing experiences was in 1991. I was working behind the desk of an abortion clinic when a woman who was about six months pregnant walked into our office. ‘You are in the wrong place, honey,’ I said, ‘the ob-gyn clinic is down the hall. This is the place for abortions.’ ‘Oh, no, I am in the right place,’ she said. ‘But you are showing,’ I protested. Her tone was insistent. ‘I know what I want, and what I want is to have an abortion.’ I felt terrible. When situations like these arose, I felt responsible. I had signed the affidavit which ultimately made this woman’s abortion legal.

“It was my pseudonym, Jane Roe, which had been used to create the right to abortion out of legal thin air. But Sarah Weddington and Linda Coffey never told me that what I was saying would allow women to come up to me 15 to 20 years later and say, ‘Thank you for allowing me to have my five or six abortions. Without you, it wouldn’t have been possible.’ Sarah never mentioned women using abortion as a form of birth control. We talked about truly desperate and needy women, not women already wearing maternity clothes.

“I finally grew tired of the lies and deception and decided to come out and tell the truth. My eyes were opened after I accepted Jesus Christ into my heart and then took my first objective look at a fetal development chart. When the facts are clearly laid out, even a 4 year-old can tell that it is really a baby.

“Our country has lived with legalized abortion for 25 years now. From personal experience, I can tell you from the bottom of my heart that our experiment with legal abortion has utterly failed.” [2]

Everything about Norma McCorvey’s testimony before that Senate committee in January of 1998 has been shown to be true – everything from more deception in the courts, the common substandard condition of abortion clinics, the unsavory counsel of abortion providers and advocates, the dreadful act of late term abortions, etcetera, etcetera.

Moreover, the irony that a major pro-life piece of legislation was to be voted on the same day of the annual 2015 March for Life in the nation’s capital – legislation that would have banned late term abortions beyond 20 weeks (five months) – a period in gestation when the fetus can feel pain – and, sadly that measure was pulled from consideration because of unnecessary concerns over a rape provision – when it was a lie about rape that started the entire holocaust – is mind-boggling.

Jesus said the devil is the father of lies (John 8:44). Satan told the first lie in recorded history to a woman, Eve in the 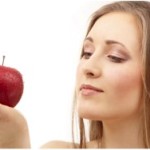 Garden of Eden. He started with a doubt of God’s order, then a denial of it, and finished the deception with a delusion, telling the woman she could be like a god. In other words, she could decide for herself standards of truth and morality. Unfortunately, Eve’s belief of those lies, along with her husband Adam, would lead to death and mayhem for generation after generation, notwithstanding the wholesale slaughter of 55 million children in our own time.

Jesus said, “Suffer little children, and forbid them not, to come unto me: for of such is the kingdom of heaven” (Matthew 19:14).

After 42 years, the time has come for all of us to do what Norma McCorvey did. It’s time we open our eyes. It’s time we submit to Christ on this issue. Its’ time we realize those little babies with the abortionist’s knife hanging over them belong to God. It’s time we stop believing, supporting, and perpetrating the lies.

God save us from the lies that continue seeking to justify abortion.

[2] Testimony of Norma McCorvey, Hearing Before the Subcommittee on the Constitution, Federalism, and Property Rights of the Senate Judiciary Committee, 105th Congress, 2nd Session, January 21, 1998