“Prejudice, said Mark Twain, “is the ink with which all history is written.” [1] We’re certainly feeling the import of these words with the Michael Brown case in Ferguson and the Eric Garner situation in New York. Riots, looting, entire city blocks burned to the ground and abundant protests have resulted. The charge leveled by many and the justification given for the disorder is racism.

Racism is a terrible thing. Alveda King provides an excellent definition, arguing, “Racism springs from the lie that certain human beings are less than fully human. It’s a self-centered falsehood that corrupts our minds into believing we are right to treat others as we would not want to be treated.” [2]

Wherever see racism and prejudice described in the Scriptures, it’s always colored with condemnation. Whether it’s the Egyptians’ hatred and oppression of the Jews, Jonah’s bigotry of the Ninevitites, the Jews detesting the Samaritans, Peter’s unwillingness to share the Gospel with the Gentiles, the notion of racial superiority is inconsistent with the grace of God and His commandment to love our neighbor as ourselves.

Certainly racist attitudes continue in various ways and degree. Although the Civil Rights movement did much to improve the racial divide in this country, it didn’t eradicate the problem.

Most would concede these points. But for this author, despite the common cry that the circumstances surrounding both Brown and Garner and the resulting chaos are about race, there is no direct connection. There is, however, in both cases an absolute connection to lawlessness, which I suggest is the root of the matter.

In his famous commencement address at Harvard University in 1978, Alexander Solzhenitsyn cautioned us as to a deeper problem facing our country both then and now. Solzhenitsyn said, “Indeed sometimes the warnings are quite explicit and concrete. The center of your democracy and of your culture is left without electric power for a few hours only, and all of sudden crowds of American citizens start looting and creating havoc. The smooth surface film must be very thin, then, the social system quite unstable and unhealthy.” [3]

The counsel in Solzhenitsyn’s speech didn’t deal with surface issues, but went straight to the core. He declared it was time for citizens to think less about human rights and more about human obligations. He argued the time had come for citizens to take responsibility for themselves and their own behaviors, and that all people, every class and race, should stop looking for the government to save them. [4]

For some time Americans have felt this country was on the wrong track. We seem to be drifting further and further away from our moorings. Solzhenitsyn spoke of this as well, when he contended, “This tilt of freedom toward evil has come about gradually, but it evidently stems from a humanistic and benevolent concept according to which man – the master of this world – does not bear any evil within himself, and all the defects of life are caused by misguided social systems, which must therefore be corrected.” [5]

Granted, when there is corruption and injustice in government, law enforcement, or any other form of authority, the problem needs to be addressed swiftly and corrected. But in contrast to those who have jumped aboard the “racist” train recently and argued that special concessions need to be made for blacks because of slavery, that law enforcement needs sensitivity training in dealing with minorities, that people should be sympathetic with the robbing, pillaging, and burning by rioters because of acts of racism, I cringe with sharp disagreement. It is these contentions, I suggest, that exacerbate the divide, not help or heal it. These assertions do nothing but frustrate the efforts to full equality.

Interestingly, it appears that the people of color who achieved the greatest success and made the most positive impact on society were not those characterized by a victim mentality or a spirit of entitlement, but just the opposite. Whether we are talking about Joe Louis, Jesse Owens, Jackie Robinson, Maya Angelo, Oprah Winfrey, Morgan Freeman, Booker T. Washington, Condoleezza Rice, Allen Keyes, Allen West, Ben Carson, or Clarence Thomas, these highly influential people took responsibility for their own lives, overcame their impoverishment, and defied odds significantly greater than most today. They, and so many others like them, triumphed because they studied hard, were industrious, made good moral decisions, and were not turned inward but outward – desirous not only to make their own circumstances better, but committed to making a better world for others too. 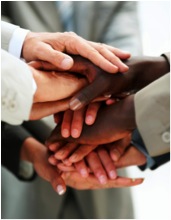 people of racism, it may serve better to first look within. It may prove a better strategy to do as Michael Jackson admonished in his song, “Man in the Mirror:”

I’m starting with the man in the mirror
I’m asking him to change his ways
And no message could have been any clearer
If you want to make the world a better place
Take a look at yourself, and then make a change

Racism is an egregious sin when committed. But greater still, no matter the race, is the sin of him who will not govern himself and demands that he be served rather than to serve.

Indeed. And may God hasten the day, as Martin Luther King, Jr. said, when all men will not be judged by the color of their skin, but by the content of their character.

One thought on “Racism Bad, But Lawlessness Worse”