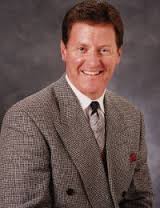 On November 14th, an event of immeasurable consequence and tragedy took place in Washington, DC.  It is one about which I’ve already commented, but from which I cannot free my mind. Muslims gathered in a Protestant church building to celebrate the oneness that is supposedly shared by all faiths. Repeatedly, the false claim was made that “we all worship the same God!” At the expense of God’s truth, the emphasis was unhealthily and unbiblically placed on relationships, that should bridge the doctrinal chasm that obviously divides Islam and even nominal Christianity!

It’s one thing to see such deliberate and devious attack from the outside. It is quite another when one witnesses that same attack, subtle though it may be, from within! Recently, a well-known and well-respected evangelical pastor made the following seemingly well thought out and deliberate assertion, “We need to love our gay neighbor MORE than we love our position on sexual morality.” The emphasis being that a relationship with our lost neighbor is MORE IMPORTANT than our belief (that which we hold to be true) on the topic of morality. Well, is that true?

The account of Eli’s defiled sons, Hophni and Phinehas, is well-known. Their unbridled pursuit of power, their sexually promiscuous and perverted encounters with the women of Israel, their insatiable thirst to have their own needs met before, and at the expense of, God’s sacrifice are all well chronicled in the book of 1 Samuel. It is for that reason that God sought out the young Samuel as His appointed leader. What is most convicting is God’s statement about Eli’s choices recorded in 1 Samuel 2:29. “Wherefore kick ye at my sacrifice and at mine offering, which I have commanded in my habitation; and honorest thy sons above me, to make yourselves fat with the chiefest of all the offerings of Israel my people?”  Early on, when the aging priest became aware of his
son’s demonic exploits, Eli asked the wrong question. 1 Samuel 2:23, he queried, “My sons, WHY do ye such things?” In all honesty, that is completely the wrong question. I learned this early on as a young school principal. If ever I had a young man in my office (and believe me, I had many) to inquire “WHY” he had committed a particular rule infraction, I was easily and instantly greeted with a reasoned, articulate response as to “WHY” the rule(s) had to be forfeited in exchange for the said infraction. A disobedient student/child can/will always come up with a response that makes perfect sense to them as the offender. The question that needed to be asked by Eli was, not “WHY” did you do it, but “WHAT” did you do?

In Genesis 3:11 and 3:13, God, the Perfect Father, asks both Adam and Eve, “WHAT did you do? “WHAT is this that thou hast done?” “WHAT” not “WHY” places the emphasis exactly where it should be! The problem is the disobedient choice, not man’s attempt to justify that choice! In asking the inappropriate question, Eli reveals a tragic choice that God clearly delineates in 1 Samuel 2:29. Samuel honored his sons before God (“thou honorest thy sons above me”)! That is, he placed his RELATIONSHIP with his two boys above his relationship with God and God’s clearly expressed truth! In fact, in 1 Samuel 2:30, God equates the placing of RELATIONSHIPS above truth as synonymous with “despising Him” (“them that honor me will I honor, and they that despise me shall be lightly esteemed”)! So, I would deduce that it is totally incorrect to be so RELATIONAL in one’s focus that one would elevate that/any relationship above God’s truth–be that relationship with a “gay neighbor” or one’s own child! 1 Samuel 2:29, concludes with this pointed condemnation of Eli AND his sons. “To make YOURSELVES fat with the chiefest of all the offerings…” That is, Eli (not just his corrupt sons) was more interested in taking care of his financial well-being than he was in being a declarer and guardian of God’s truth!

Unfortunately, far too many in the ministry are consumed with these same two items, with which Eli was overcome–(1) Relationship idolatry, and (2) Financial security! These two can keep/prevent the God-called preacher from firmly and lovingly declaring the clear, unmitigated truth! Even today, a dear brother, (with well over 30 years of  compassionate, engaged ministry) from the other end of the country, bemoaned the fact that too many of God’s preachers fear the relational and financial cost of speaking the truth!

In the opportunity-filled days ahead, I pray that God’s men (self included ESPECIALLY) will be united in their overt commitment to refuse to be modern day Eli’s!!! Rather, may we be modern day John the Baptist’s who fearlessly and faithfully stand for and speak TRUTH! Love of the truth is really the only way we can honestly, needless to say Biblically, love people relationally! There is no genuine love for people, if they are not loved truthfully! Twice the Apostle John made reference to this. In 2 John 1:1 and 3 John 1:1, John speaks to “the elect lady” and to “Gaius” stating that he “loves them IN THE TRUTH!”

In conclusion, Paul says to the Philippian believers, “And this I pray that your LOVE may abound yet more and more in KNOWLEDGE and in all JUDGEMENT.” Permit this analogy. If love is a river, then it has two banks. Those banks are knowledge and judgement. Without banks, a river becomes, not a dynamically beneficial thing, but rather a pervasively destructive thing. So, love, if not bound by/governed by truth, becomes destructive, for it is not genuine love AT ALL, but merely a sentimental substitute!